I used Wireshark to capture and analyze the traffic on my home network. I left it running while I worked on other projects that required me to look up a bunch of sites for help (youtube, stack overflow, random blogs, unity’s documentation site). This step was done so I could get an overview of what a typical working session looks like on my home network. After this, I exported the data (which was way too large – a total of around 1 million data points, 300 MB) as a CSV. Then I used excel to do a little data analysis.

snippet of excel sheet with summary

a.) With Excel, I grouped all the protocols then got all the unique values.
There are 22 unique protocols.

The top 3 destinations are:

c.) I did the same for the source (incoming).
There are 970 unique sources.

The top 3 sources are: 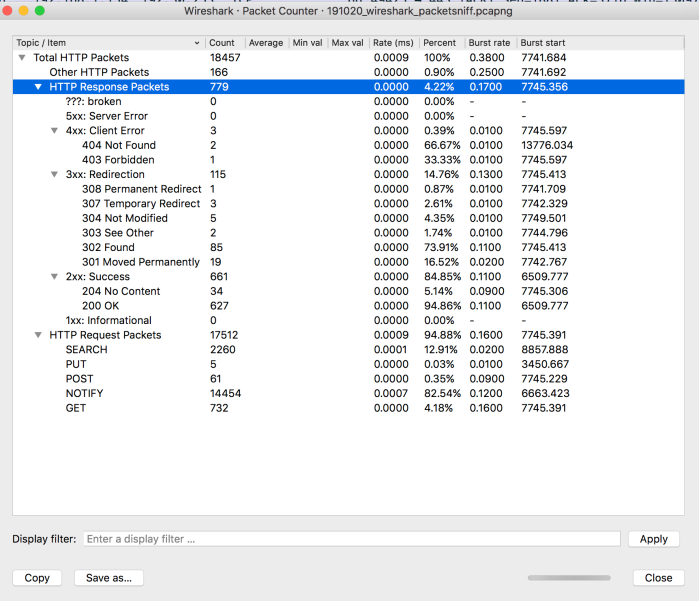 After capturing hours of data (Step I), I then ran a couple of experiments to see what would show up if I performed specific internet activities such as going to streaming services, uploading files, downloading files.

a.) What would I find if I uploaded a video onto vimeo?

b.) What would I find it I downloaded something from the browser?

Then I wanted to see what packets would appear if I downloaded a file from the internet. So, I went to a course github page and downloaded that repo. I chose not to use SSH. I wonder if this would’ve made a difference?

results from downloading a file from github

c.) What would happen if I visited sites of other countries?

I was also curious what would happen if I tried to visit a website from another country like Taiwan or Iran. I first checked this taiwanese design site: https://www.oniondesign.com.tw. 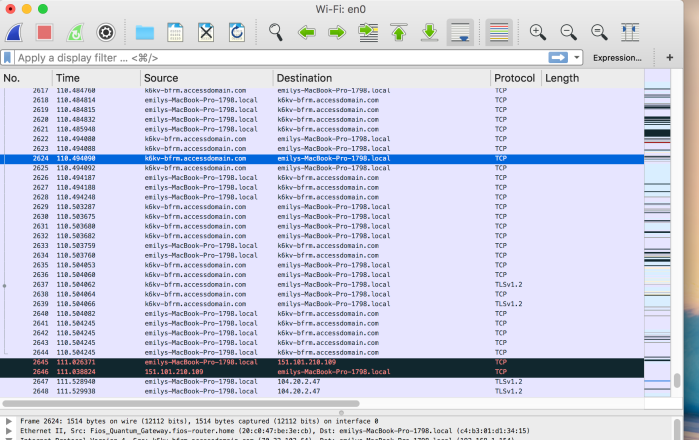 For Iran, I checked this site: http://footballitarin.com. This is what immediately came up in Wireshark. 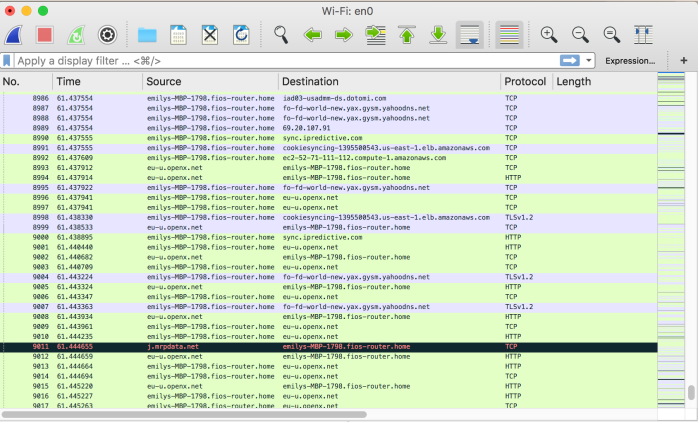 what came up immediately when I went to this Iranian site

d.) What’s with all these different types of TCPs? Observation from these step: what is TCP Dup ACK? What does TCP Out-of-Order, TCP Keep Alive, and TCP Retransmission mean? It seems to always be colored in black when it is related to TCP, but not just a normal TCP, there is always a message in the “info” section. She helps break it down: https://www.youtube.com/watch?v=tjZ2IgiG2PU 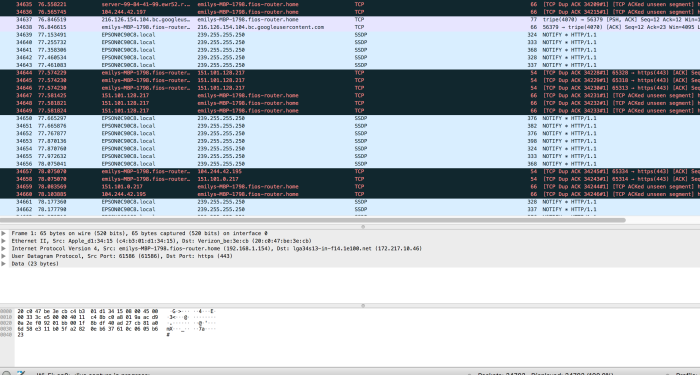 Example of the TCP Dup ACK

Other resources stumbled upon as I researching: